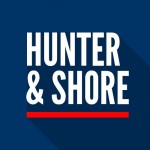 ABOUT LINDSEY HUNTER
Originally selected by the Pistons with the 10th overall pick in the 1993 NBA Draft, the Jackson State University alum averaged 8.5 points, 2.7 assists and 2.2 rebounds in 24.8 minutes per game during his NBA career. Following his retirement from the NBA in 2010, Hunter worked with the Bulls as a player development assistant before joining the Phoenix Suns.

He served as the Suns' player development coordinator, having originally joined the team's scouting department in 2012. Hunter was named by the Suns interim head coach during the 2012-2013 season and most recently was assistant coach in Golden State with Mark Jackson in the 2013-2014 season.

ABOUT DAVE SHORE
Shore joined the station in March of 2015 as Program Director. Prior to that, he was on air and the operations manager of ESPN Radio's KSPN-AM/ ESPN LA 710 in Los Angeles, California, where the radio veteran was responsible for overseeing daily operations and special events, as well as managing team relationships for the past four years. In addition, Shore was heard on the air as the pre-game host of the Los Angeles Lakers broadcasts as well as other programs.

In addition he has hosted nationally on ESPN Radio for a number of years, as well as serving as sideline reporter for ESPN Radio's national college football radio coverage. Shore served as TV play by play for Bob Knight's last four years coaching at Texas Tech. The broadcasting veteran also was pre-game and sideline reporter for seven seasons with the Dallas Mavericks as well as lead reporter covering the Dallas Cowboys. He has also been on air in radio or TV news in Portland, Oregon, Raleigh, NC, Lexington, Kentucky and Evansville, Indiana.

Listen Live
...
Live stream will be available after this brief ad from our sponsors
Log In To
Now Playing
Listen Live